Well we’ve pretty successfully negotiated two of these so in case our experience is any help here goes. There was no drive by procession and no-one on the street sang out of their windows but they were pretty good all the same.

Breakfast – we’ve become obsessed with croissants, cinnamon rolls and pain au chocolat in a tin. You can buy them well in advance, the kids like shaping them and they taste nice. In fact we don’t just eat them on birthdays. Also recommended for Mother’s Day, Father’s Day, other people’s birthdays and most Tuesdays.

Decorations – I’m guessing organising photo albums is on some people’s lockdown to do list. Grab the photos, stick them on a piece of paper, hey presto a personalised birthday banner. Then cross off ‘update photo albums’ as now unachievable. Job done.

Gifts – It may seem fairly ludicrous in the circumstances but we bought P a fish tank. Not totally ideal as buying fish in lockdown is even more difficult than you might expect, but actually it’s a project. She’s researched the best way to get the tank ready, bought the ornaments she wants, and has something big to look forward to which seems to include the purchase of weird shrimp things. I guess it’s an inevitable next step from stick insects. Negatives of this purchase include it being way bigger than we anticipated and necessitating the purchase of a table to put it on.

Then there is craft. A few cracking craft gifts for 12-14 year olds include:

We do love a board game. This year we’ve hit gold with Gizmos (build machines to gain points), Ghost Fightin’ Treasure Hunters (a cooperative game where you collect gems and battle ghosts) and for when we are feeling energetic Throw Throw Burrito. This last one is a fast paced ridiculous card game that involves chucking a foam burrito at each other. I moved my cacti and had to recover with some birthday cake.

Then books obviously. T is still reading 50 books in a year for Unicef so adding to her collection was inevitable. I bought two second hand (online obviously). When they came they were in terrible condition so I gave her a book token and she still read the tatty books so double books -yay!

Activities – Obviously no party this year, which when you are twelve pretty much sucks. We made do with friends chatting and playing drawing games on the House Party App and cutting the cake cruelly in front of children who then couldn’t eat it because they weren’t here. 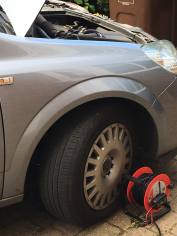 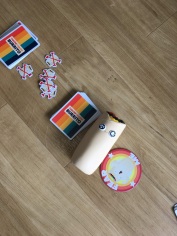 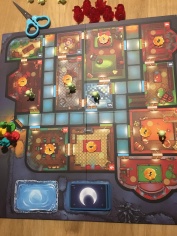 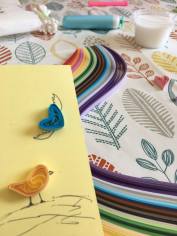 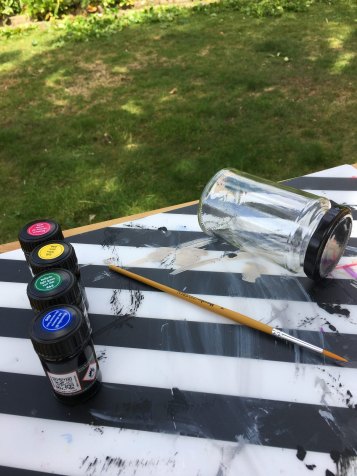 We booked a tennis court because that’s a thing you can do now. Unfortunately due to the fact that I hadn’t driven to Durham at any point in the previous eight weeks my battery was flat and we couldn’t get there. We went back inside and ate chocolate.

For both birthdays we went for an escape room as a special activity. T had a specific box (Escape The Room The Secret of Dr. Gravelly) which was good because it included some physical puzzles like releasing a prisoner from his rope entangled card which I could watch Paul do. We also had ‘Unlock’ which is more simplistic but comes with an app which you use to enter answers and to request hints. The pressure of completing each of these puzzles was high and warranted a gin and tonic afterwards to calm my nerves.

Of course a catch up with family is important and we managed to send love and discuss supermarket shopping and stepladder purchasing with several different people. Plus we saw some very amusing photographs and got competitive during a fun quiz. We know a lot more about Harry Potter than we do footballers.

And then, oh what a treat to watch a film (like we aren’t doing that practically every chuffing day). P wanted Trolls World Tour. It was ludicrously expensive and not as good as Peter Rabbit. Of course Paul and I can’t watch a grown up film ever again because the kids never go to bed before us. As a result I’m now quite accepting of things with neon pink characters.

So there you go. Lockdown birthdays still have hugs, food, presents and friends and family (all be it far too far away). Plus we’ve had to promise a trip to Treehouse Games Cafe with their friends when all this is over, meaning the birthdays are spread out over at least six months which can’t be bad. I guess 2020 will be a set of memorable birthdays if nothing else, even if they are memorable for being weird.

So if you have a birthday coming up Happy Birthday! It’s only a lockdown birthday once, so enjoy it. I mean please let that be true, this has to be just the once right?