I think it’s fair to say I’ve never much been into computer games. Apart from Monkey Island, a bit of Mario Kart and many hours using a Playstation dance mat in the    noughties that is. My other half, and the kids of course, are extremely enthusiastic so when Paul brought home a VR headset he’d borrowed we all had to give it a go. 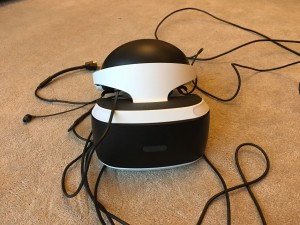 Key things I noticed about using the headset are as follows:

No – not for me I’m afraid. I’ll go back to occasionally making it round the track on MarioKart. Less chance of injury.