This one confused the kids no-end. One was worried we were going to be involved in pigeon strangulation and the other thought it was a new form of campanology.

I am looking for things to do all the time at the moment. Some things need to be booked in advance and some appear fortuitously on my Facebook timeline and I just have to go for it. In the past I wouldn’t have thought watching people put rings around the legs of sparrows would be a go to event for 8am on a Sunday morning, but this project is turning me into something of a yes woman. I dragged the whole family along to watch at Heeley City Farm.

It was free (win), totally fascinating and definitely worth getting out of bed for. Things I didn’t know:

Hundreds of volunteers around the country train, then pay for a licence to catch and record data about birds.

They are caught in huge nets which form pockets around the birds.

Birds are checked, measured and then weighed by being put beak-first into a film canister. They don’t seem to mind.

Garden birds are beautiful close up .

Of course I didn’t actually catch any birds or get to shove them into film canisters. But I did get the chance to let one fly away. I felt like Snow White. Ok I didn’t, but it was cool.

We wondered around the farm afterwards, stopped for coffee and cake in the cafe and were back home by 10.30am in time for a nap. 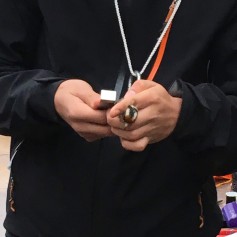 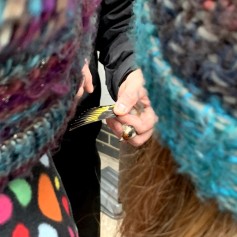 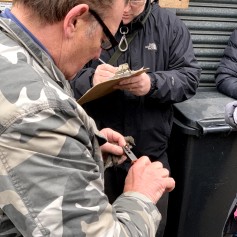